When it comes to reliable pick-up trucks, Toyota doesn't disappoint.

Both the Tacoma and Tundra are solid options that have remained consumer favorites for more than a decade.

This article discusses the differences between these vehicles and helps you decide which of the two are best for your needs. What You Need to Know About Tacoma

Before you start comparing the differences and similarities between these two majestic vehicles, you’ll need to know the details of what to expect from the Tacoma. Let’s take a quick look at its stats.

The Tacoma has various information based on the model you choose. Here’s a brief overview of a few categories. How Long is a Tacoma?

The length of a 2020 Toyota Tacoma is 212.3 inches long. The bed size is dependent on which trim you choose. The standard bed is six feet, but you can find models with 5-foot beds.

How Many Miles Will a Toyota Tacoma Last?

This vehicle is durable and can accumulate up to 400,000 miles if you maintain it properly. It hasnt been unheard of to reach 500K though. Tacomas are reliable enough to last more than a decade, according to sales data.

What You Need to Know About the Tundra

In a similar fashion as the Tacoma, you’ll want to know the specifics of the Tundra. You’ll notice a few differences in the specifications, but we’ll provide a detailed comparison later in this article.

To give you a clear indication of the Tundra’s details, we’re highlighting the information for various models.

How Long is a Toyota Tundra?

The length of the vehicle is 228.9 inches. The size of the Tundra's bed varies, depending on the trim. The CrewMax has a short bed at 5.5 feet, while other models have either 6.5-foot or 8-foot beds.

How Many Miles Will a Tundra Last? The Toyota Tacoma hit the market in 1995 as a replacement for the Toyota Hilux. The Tacoma was considered more appropriate for American consumers due to its superior ride quality, comfort, and handling.

First-generation models of this vehicle were classified as compact pick-up trucks. This definition applies to models produced from 1995 to 2004. In 2005 the second generation Tacoma was introduced and categorized as a mid-size pick-up. The third-generation vehicles became available in 2016, and current models fall into this category.

The Tacoma is currently produced in Mexico and the United States. It has a proud history as the first mid-size Toyota pickup truck built in America in 1999.

The Tundra is manufactured in the United States. Production in 1999 took place in Indiana but later moved to San Antonio in 2008.

Tacoma vs Tundra Similarities and Differences

Toyota has proven itself to be a reputable manufacturer in terms of pick-up trucks. This section of the review will look a bit deeper into the two vehicles' similarities and differences. After reading this review, you'll have a clearer understanding of the advantages of each of them.

Both the Tundra and Tacoma are on the market for more than 20 years and have multiple trims available. If you're looking to invest in the type of vehicle that will last for many years, these won't disappoint; they still run smoothly after hundreds of thousands of miles.

Another similarity is that both vehicles offer a large bed size. The Tacoma and the Tundra's bed sizes range from 5.5 feet to 8 feet in Tundra Models and 5 to 6 feet in Tacomas. The 2020 models also both feature Android Auto and Apple CarPlay. Consumers prefer a trustworthy brand, and Toyota fits that bill. Having multiple trims available allows potential buyers to choose an option that suits their needs. The specs vary from one model to the next, but durability and ruggedness are common among these pick-ups.

In terms of mileage, these automobiles can go for decades without needing to be replaced. A properly maintained Tacoma or Tundra can easily reach 200,000 miles and still be considered to be in mint condition.

The biggest visible difference between the two is size. The Tacoma is classified as a mid-size pick-up, whereas a Tundra is a full-size truck.

If you're looking for power, the Tundra is the workhorse you'll prefer. It has a maximum towing capacity of 10,200lbs compared to the 6,400lb maximum of the Tacoma. In terms of fuel efficiency, the Tundra gives less MPG than its counterpart.

Both Toyota pick-up trucks are reliable, but consumers rate the Tundra more favorably. The main reason for this is the size, power, and longevity of the vehicle.

The ground clearance of 10.2 inches, combined with its powerful V8 engine, makes the Tundra ideal for off-road adventures. The pick-up has a high-mounted suspension, which is necessary for protecting the vehicle's key components.

Its low end torque and great horsepower capabilities make it easy for the truck to ascend steep inclines. If you opt for the TRD off-road package, your truck will have added protection with steel plates and a resin cover.

These protect the engine and the fuel tank from debris damage. The shocks provide a comfortable ride even on off-road terrain. The Toyota Tundra carries standard rear-wheel drive, and four-wheel drive is optional. The Toyota Tacoma is fully capable when in four-wheel drive. The rear-wheel option is not conducive to off-road adventures, getting stuck in even moderately muddy terrain. The automobile does feature a crawl control function, which assists with such situations.

TRD trims provide, among other things, a locking rear differential and Bilstein shocks. The Tacoma has a multi-terrain feature that allows the driver to steer through mud, sand, and rocky surfaces confidently. It assists with traction control for enhanced performance.

The Tacoma allows for left-foot braking in low range without killing the throttle. This feature comes in handy for challenging situations, such as getting over obstacles or out of holes. The ground clearance is approximately 7.5 inches when measured against the mud flaps.

Top Pick Between Tacoma and Tundra

While both the Tacoma and Tundra are excellent pick-ups, the Tacoma's engine can't quite measure up to the Tundra capabilities. When assessing the difference in torque, horsepower, and towing capacity, the Tundra's superiority is clear.

Regarding other aspects such as fuel efficiency, the Tacoma ranks better. It's also more convenient for fitting into smaller spaces. The compact size has a trade-off in confined cabin space, which is less spacious than the Tundra.

Purchasing a Tundra is more expensive. Both trucks are solid and dependable, but the Tundra is the top pick when it comes down to it. Its ability to carry heavy payloads and move at high-speeds despite its size is what appeals to consumers.

Bigger isn't always better, but in the case of the Tundra, it is. This review took an in-depth look at the functions and features of two well-loved pick-ups. Both the vehicles are worthwhile investments if you're looking for a long-term purchase. The Tacoma is smaller and more versatile, suited for both on- and off-road driving, but the Tundra is packed with power.

Even though both vehicles' specs have been analyzed, there are still some popular questions left to answer.

Are Tacoma and Tundra Wheels The Same?

How Much Gas Does a Tacoma vs Tundra Need?

The fuel consumption is higher with the Toyota Tundra, which is the cost of all the torque and horsepower. You'll need to fill up more frequently than with the Tacoma. With a 26.4 gallon tank, the Tundra needs refueling every 448 miles, while the Tacoma needs a refill at 422 miles.

Toyota Tacoma vs Tundra: Which is Better For Off-Road?

While the Tacoma is slightly more agile, the Tundra has the power and ground clearance for more challenging surfaces. The Tundra's shock absorbers and high-mounted suspension make off-roading effortless.

Tacoma vs Tundra. Which is Bigger?

In all aspects, the Toyota Tundra is bigger. 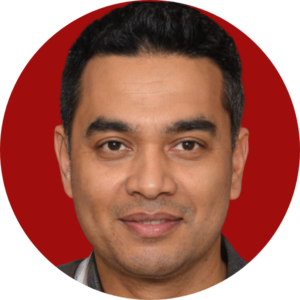